M 55s Singles (Captain Jeff Winkler), and MX 100s Doubles (Jeff and Ann Winkler). The team and guests ( Barbara Nelson, Jeanette Berry, and Elon college girl Laura Winkler) were treated to a Moscow excursion led by former Wimbledon quarterfinalist Valeri Titova, three days of competitive tennis on red clay at Belokamennaya Tennis School, an exclusive training facility for top flight Russian touring pros, an impromptu visit to a local vodka factory, and a delightful Official Gala Dinner at the Sheraton Palace Hotel on Tverskaya Street near Red Square and the Kremlin. The international visitors found Moscow to be as warm, friendly, and clean as any big city in the world. Russian IC Secretary Tatiana Lapteva was congratulated by all for organizing an event which truly met the International IC goal of "goodwill across the nets."

On the tennis front, the US 60s doubles team opened the tournament with a convincing victory over Jean Brucher and Theo Storck of Luxemburg. In the semi-finals, Jim Nelson and Jim Berry lost a competitive match to eventual champions Manuel Monroy and Raul Contreras, a tough Mexican team with many Davis Cup victories to their credit. The Jims dropped another close match to Ray Pierce and Jeremy Woods of Great Britian in the consolation finals.

In mixed doubles, the Winklers lost to eventual champions Mas and Sue Kimball from the Bahamas in the first round and dropped a three set match to Raul Contreras and his niece, former 35s world champion Raquel Contreras in the next round. In the final round, Ann asked "where are the easy teams?" as they lined up against the Brits, who had beaten the formidable Mexican team in the first round. On a happy note, the Winklers prevailed 7-5, 6-4, sealing the victory on their 11th match point, over Niall Sweeney of Great Britain and Russian substitute Elena Petina.

Jeff Winkler won the 55 singles crown. He defeated Fernand Claude of Luxemburg in the first round and Roberto Pulido of Mexico in the semi-finals. In a match that was closer than the score would indicate, Jeff outlasted Niall Sweeney 6-3, 6-3 in the finals.

At the Gala Dinner, the US team presented the Russian IC with a Circa 1930s Dayton Steel Tennis Racquet and plaque to commemorate the 10 year mark. Russian IC President Yuri Laptev invited all guests back for the 50th Anniversary! The Russian IC humbled singles champ Jeff Winkler by presenting him with the Russian Club Tie and making him an International Member of the Russian IC.

All things considered, the Russian IC 10th Anniversary Event was an extraordinary international tennis and cultural event and, by all accounts, the highlight of the summer for the Nelsons, Berrys, and Winklers. 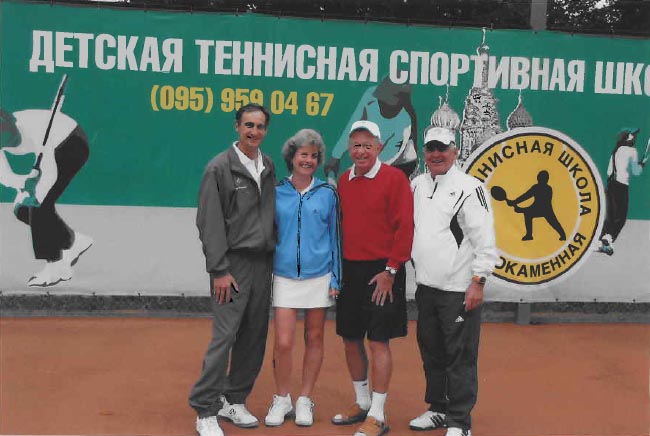 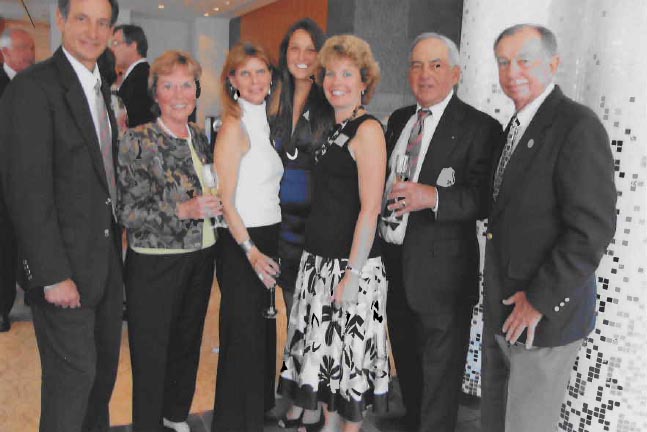 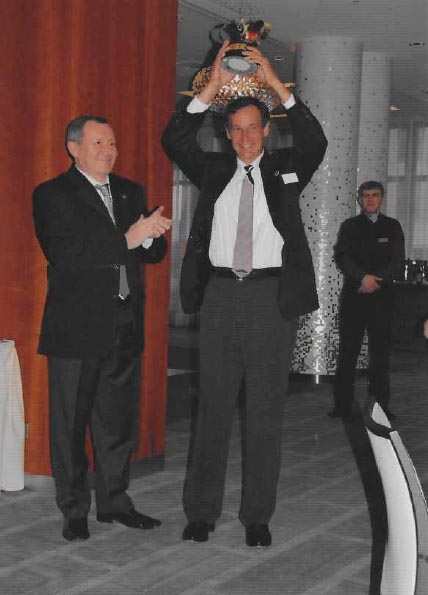