On June 1-4, 2006, the USA IC squad of veteran players competed in the XXXIV Potter Cup at the Real Club de Polo in Barcelona, Spain. The Potter Cup competition was created by John Potter, an ex-patriot American living in Europe in 1971. The competition had grown in stature and is now an IC multinational 45s men's team competition which is run to professional tour standards by the Catalan Tennis Federation and the IC of Spain. The even is sanctioned by the ITF. The USA IC has won the Potter Cup five times, 1986-1988, 1994 and 2004.

The US team included reigning US national 45s clay court champion Egan Adams as well as Tres Cushing, Danny Waldman, John Chatlak, John Peckskamp and playing Captain Jeff Winkler. The US team bested Belgium in the quarterfinals 5-0 (there are 5 singles and 2 doubles matches, if necessary). The Highlight of the quarterfinal match was Tres Cushing's epic red clay court victory, 6-0, 5-7, 6-3. In the semi-finals, a very strong Italian team beat the US team 4-1. The lone bright spot was Danny Waldman's 6-2, 7-6 win. The second set tie-break score was 19-17! In the third place match, a strong French team edged the US, 4-3. John Chatlak was victorious at both singles and doubles in the French match. 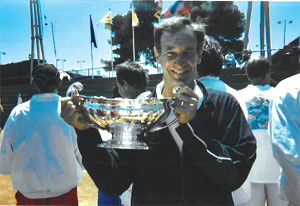 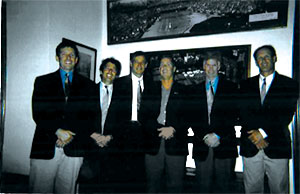 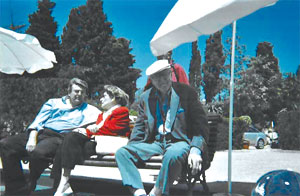