Roland Garros, the tournament and the setting, has a special feel, panache if you will. Because it does, it isn't in the least surprising that the International Tennis Club of France, in conjunction with the French Tennis Federation cocktail party, hosted in honor of the United States Tennis International Club, at 'Le Roland- Garros' Restaurant, was a unique affair. The gathering of friends' atmosphere was enhanced when Thierry Pham, President of the French IC and a member of the Executive Council of the International Clubs, dodged raindrops to present Wimbledon champion, Marion Bartoli with her IC scarf. Pham also acknowledged the all-star cast of attendees and spoke about the spirit that flavored the early evening's affair. Not only did the get-together enable long-time friends to have an opportunity to reminisce, it provided a rich setting for making new acquaintances. Case in point, I, along with my wife, Cheryl Jones, were able to use the garden setting venue to meet and visit with James (Jim) Lowenstein. A veteran of the Foreign Service, now that he is retired, Lowenstein is a Maine and Paris resident.

In the process of getting to know one another, the 87-year-old told a wonderful story about having played a Men's 45 event against Jean Borotra. One of France's legendary 'Four Musketeers', Borotra questioned Lowenstein saying that he didn't look old enough to play in the 45 division. 'I told him I was born in 1927,' Lowenstein remembered. 'He paused and said 'Ah, I was a finalist in the US Nationals at Forest Hills the year before.' Having come to Roland Garros, in various capacities, since 1984, I have always enjoyed being able to spend time with Gail Benedetti. Born in Australia, Gail Sherriff moved to France in 1968. She played Fed Cup for Australia in 1966, and thereafter for her adopted country from 1969 until 1980. Energetic, with an extraordinary tennis mind and personality, she is encyclopedic when it comes to her all-around knowledge of the game.

Over the years, Benedetti has had a tremendous influence on the development of French junior tennis. Under her guidance Amelie Mauresmo, Natalie Dechy and Anne-Gaelle Sidot, to name but a few, moved from aspiring youngsters to careers as formidable professionals. A Roland Garros singles quarterfinalist in 1968 and '71, she was the tournament's doubles winner on four occasions, in 1967, '70 and '71 with Francoise Durr and again in 1976 with Fiorella Bonicelli. When asked if she was still playing, she said, with her all encompassing infectious Benedetti grin, 'I'm playing a lot and I still love to do it.' Given the fact that at the time this story was written, she was No. 1 in the Women's 65 International Tennis Federation rankings amplifies the finesse that has always made her a success on the court. Dan Waldman and Tom Bender seemed to be playing, (at this particular location, anyway), the role of the USIC's 'Dynamic Duo.' They seemed to know almost everyone on hand, which kept them in continual conversations.

Waldman, of course, is the President of the USIC, and a member of the Executive Council of the International Clubs. Learning that I lived in Brentwood, California, he talked about wanting to do more USIC activities on the West Coast. He mentioned wanting to try staging a gathering of some sort during the BNP Paribas Open, which takes place each March, in order to create more interest in and awareness of the USIC. Bender had traveled to Paris from his home in Frankfurt, where he has lived for 17 years. He was encouraging, recruiting says it better, USIC members and anyone else he could persuade to travel to the Czech Republic and participate in the friendly Nations' Trophy competition that will be held in Prague, June 11-15. Calling Baltimore his US home, he provided an introduction to Alex Kurucz, President of the German IC. Having served as the US team captain for an array of IC events stage in the country, Bender and Kurucz are close friends.

Leaving the gathering that is exactly the feeling we (Cheryl too) had. Having spent several hours with friends was, indeed, a wonderful example of the special ambience that is always present at Roland Garros. 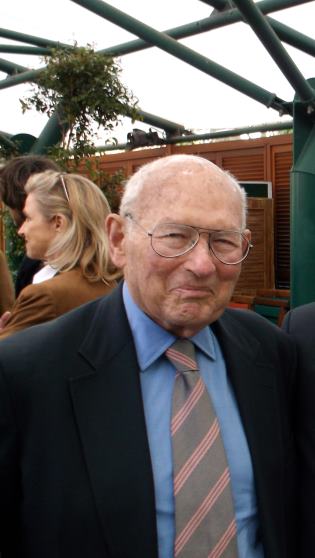 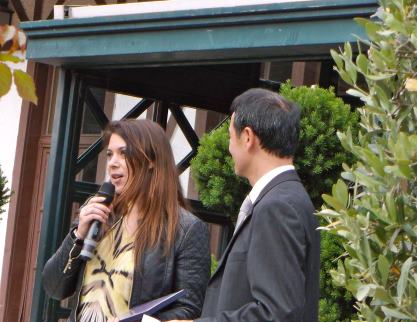 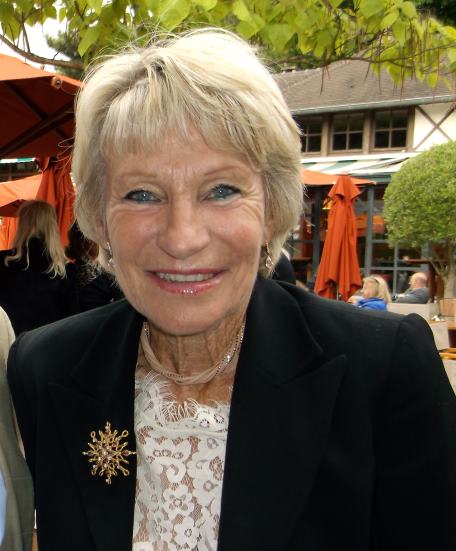