It was a wonderful weekend, very competitive and very friendly. The dinner was enjoyable with speeches by Dickenson and Canadian captain Doug Green. Captain Dickenson presented the USIC tie to Rosti Brankovsky making him an honorary member of the USIC. Green did the same for Bob Litwin. Both Brankovsky and Litwin have been playing in the event since 1992. Litwin has been undefeated in singles during this time.

A great time was had by all! Friendships old and new, fine food, fine wine, and plenty of competitive tennis, all combined with perfect blue skies for a wonderful IC weekend at the beautiful Piping Rick Club.

The weekend began Friday afternoon with Canadian and USA teams, both men and women, arriving for a few hours of practice on the grass courts. After bending knees and working on slices, players met at Locust Valley's Basil Leaf Restaurant for a welcoming get-together.

The Gengler Cup official matches began Saturday morning with 4 matches setting the stage for a battle with a USA 2- Canada 2 tie. The afternoon's matches continued the theme with three third-set tiebreakers and a first day tally: USA 4, Canada 4. On Sunday Team USA broke through in the first round of matches to clinch the win 7-5, avoid a playoff round, and take home the Gengler Cup Trophy. Throughout the weekend USA Team members played friendly matches - both intersquad doubles and mixed doubles with USA and Canadian men.

All in all, lots of good tennis, good competition, great fun and friendship. We thank the Piping Rock Club for hosting such a first class event! 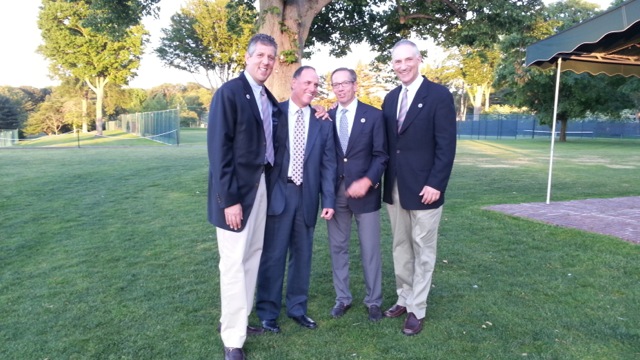 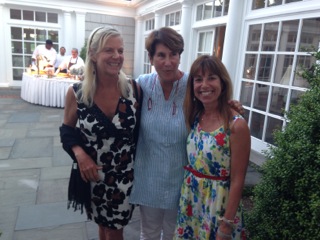 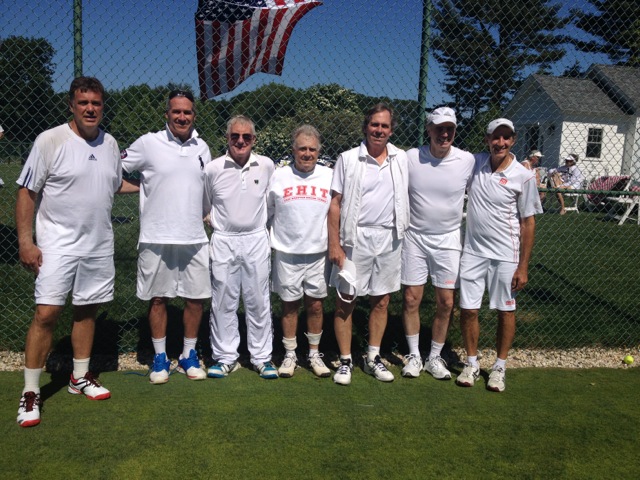