The USIC match with the IC of Bermuda was held on the weekend of October 28-29 at Coral Beach Club in Bermuda.  As expected, the Bermudians assembled a strong home team (including former Davis Cup players) to face the USIC travelling squad.   In the end, the Bermudians were dominant in the men’s and ladies doubles, although the US team had more success in the mixed doubles matches, where we prevailed in a majority of the competitive matches.  Social highlights included cocktail receptions on Friday and Sunday hosted by Bermudian co-captains Michael Way, Robin Blackburne (non-playing), Gill Butterfield, and Claudia Wardman (non-playing) at private residences on Friday (Michael Way) and Sunday (Claudia Wardman), as well as A luncheon hosted by the IC of Bermuda on Sunday.  Our team also attended the reception and tennis dinner Saturday night at Coral Beach after the awards ceremony for the separate Bermuda invitational championships held earlier that week. At each of the evening events, Robin Blackburne read one of his tennis verses (from his collection of work composed or adapted by him), which over the years has become an informal tradition at Bermudian tennis events.

The USIC co-captains Hollis Russell, Richard Krantz (non-playing), and Anne Prosser were on hand at the Sunday night cocktail reception to present USIC ties and scarves to the Bermudian co-captains as honorary members of the USIC.  The Bermudians reciprocated by distributing to all participants an elegant coffee table book of Bermudian art and also presented to the captains a handsome Waterford crystal clock (photo below) inscribed to memorialize our visit to Bermuda (now on display at Piping Rock Club).  On the USIC side, we distributed a commemorative tote bag to all participants earlier in the weekend (photo below).

Below are photos from the weekend, roster of the USIC mens and ladies teams, and text from one of Robin Blackburne’s verses.

THE IFS OF TENNIS (With thanks and apologies to Rudyard Kipling)

This piece was composed by Robin Blackburne in November 1985 and was first read by the author at the prize-giving ceremony after the Bermuda International Tennis Championships in November 1985.  Most recently, it was read by the author before the gala dinner in connection with the bilateral match between the IC of Bermuda and the USIC in October 2017 at the Coral Beach Club.

If you can keep your eye upon the ball

And strike that yellow object on the strings;

If you can fight back up to thirty all

And concentrate - not think of other things.

If you can serve an ace when down love forty

And then two more to bring the score to deuce.

If you can lose with grace, that's really sporty

And lose again and offer no excuse.

If you can pass and smash and drop and volley

With power yet still command that gentle touch.

If you can win from time to time, by golly,

And play that crucial point and never clutch.

If you can win again and take applause

With modesty, perhaps a sense of joy,

The set, the match, the championship is yours,

But what is more, you've had some fun, my boy. 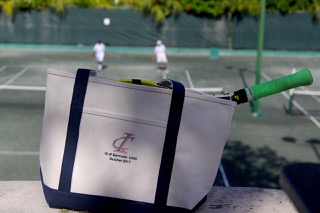 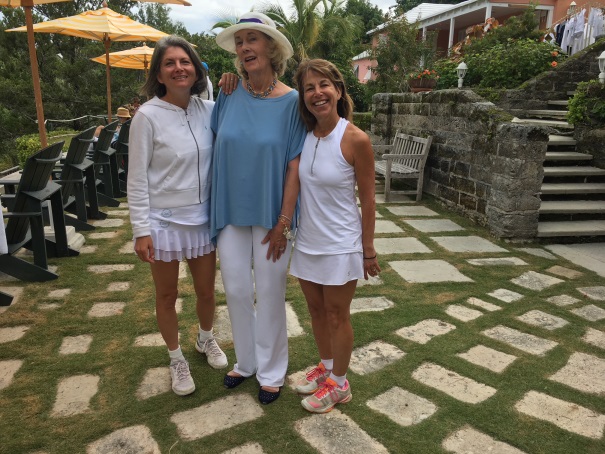 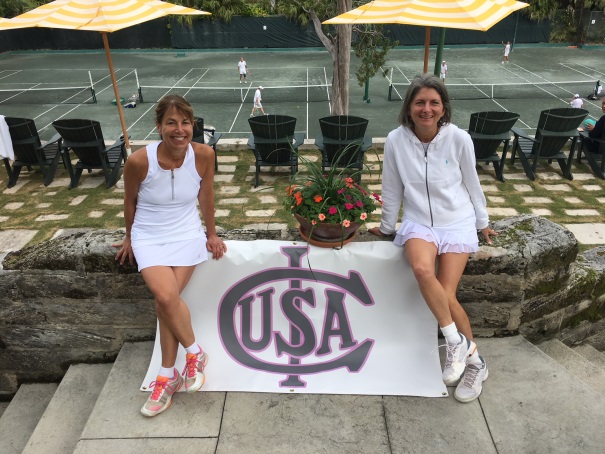 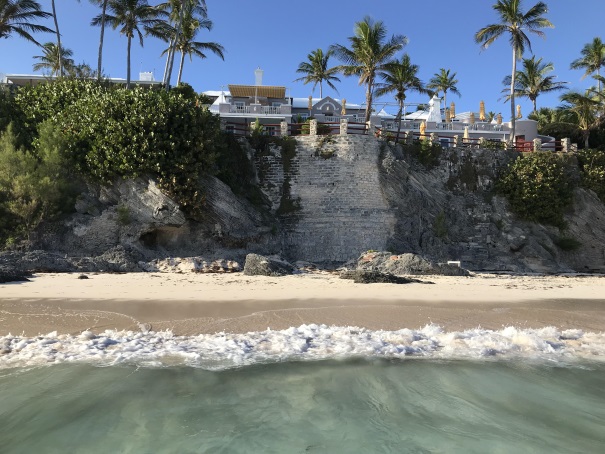 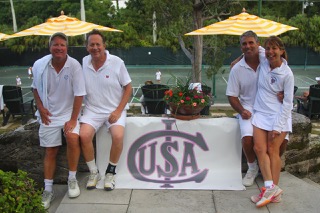 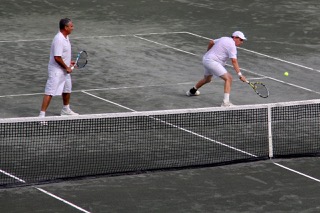 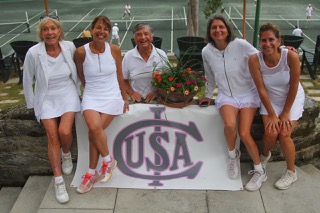 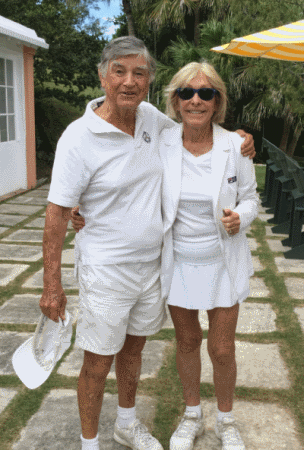 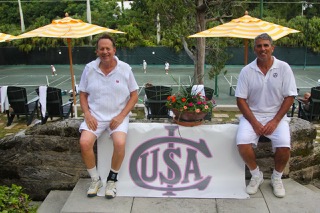