The IC India 60th Anniversary Event was a life changing event with regards to the friendships made and the Indian cultural experience for many of those involved.

The USIC extended Honorary USIC memberships by presenting USIC ties to 2 of the hosts: Sanjeev Kassel, who was the acting Tournament Director, and Vikas Singh, who is the active Secretary for the IC-India, and also, along with his wife, Minu, hosted an evening event.

There were other prominent members of the host nation who were instrumental in our experience but most were already Honorary members of our IC. Among these were: Daljit Wallia, President of the IC. He was presented a scarf of the USIC Yogi Pradash R I Singh.

Amar Khosla was the Indian Mentor/Guide. He took Team USA to visit one of the 7 Wonders of the World, The Taj Mahal and also took the time to take them on a shopping trip and to dinner.

Thanks to the supplier, Boast, who put a rush job on the Team apparel, which received many raves from visiting and host players alike.

The Final was played on the 19th afternoon between Great Britain and Mexico. It was a Photo Finish, in fading evening light. Daniel Ahl, the best singles player in the Event, played some scintillating Tennis to beat Juan Aramburo from Mexico. After the Singles was split between the two Countries, and GB had won the doubles in the over 55 age Group, it was the doubles match in the over 35 age group that brought the house down ; Great Britain finally winning 8-7 in a tie-Break. Thanks to the dew, all four pairs of feet were slipping on the grass. GB won the Tie, 3-1. 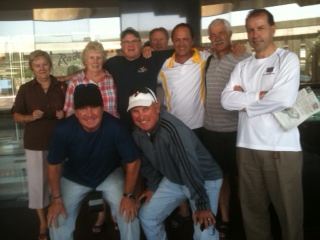 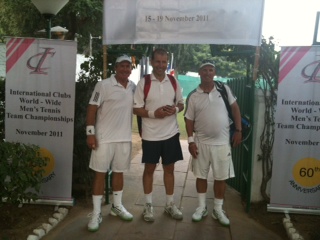 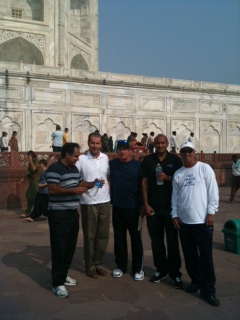 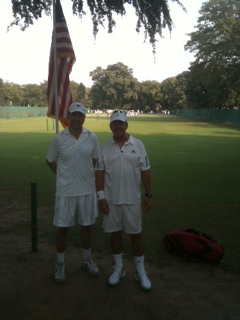 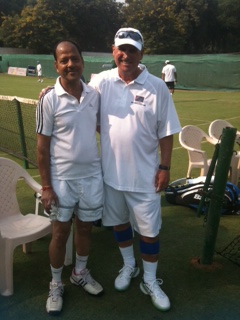