The first IC match between USA and Germany took place right after Thanksgiving at the beautiful Sherwood Country Club in Southern California. The Germans brought a small but competitive team of six players, four men and two women including two former top world ranked players in Juergen Fassbender and Silke Meier. The USA team comprised of all Californians, one from the north and the rest the south, all top national players. All the Germans were hosted by local families and players.

The Germans arrived Friday afternoon for practice and then made full use of the jacuzzi, steam and sauna at the clubhouse before moving on to the more important event of the day, the cocktail party held at one of the beautiful homes in Sherwood. As the matches were not starting until late morning the following day there was plenty of eating and drinking until the wee hours of the morning.

The first day of matches in a sweltering 82 was singles and doubles and by the end of the day the match was all even, matches were played on hard courts and grass. The German women dominated behind Silke Meier winning all the matches, all close though, the American men did well winning all matches except for the German youngster Stefan Heckmanns (at 48 he had a ten year advantage over the Americans ). Afer the matches and a couple of hours in the clubhouse taking full advantage of the facilites the Germans went to the local shopping outlet and helped the US economy by buying everything they saw.

The following day the weather was just as warm so we took the Germans on a boat ride on Lake Sherwood before heading to the courts. The second day we played singles, doubles and mixed on the hard courts and the grass. The story was similar to the first day with the German women doing well the mixed matches were split between the two countries and the men's had a couple of minor upsets when I beat Stefan Heckmanns on the grass and Alex Kurucz beat Tom Wire. The overall result was the same, a draw/tie, 8 1/2 matches to 8 1/2. If we take games into account the US had a narrow victory. We then headed for the jacuzzi, steam room and sauna to sooth our weary bones.

The event came to a close with a great dinner at Sherwood Country Club, everybody dressed up, the men with the IC ties (and suits) and ladies in cocktail dresses, lots to drink a few short speeches, one funny, one gracious and one quite moving. 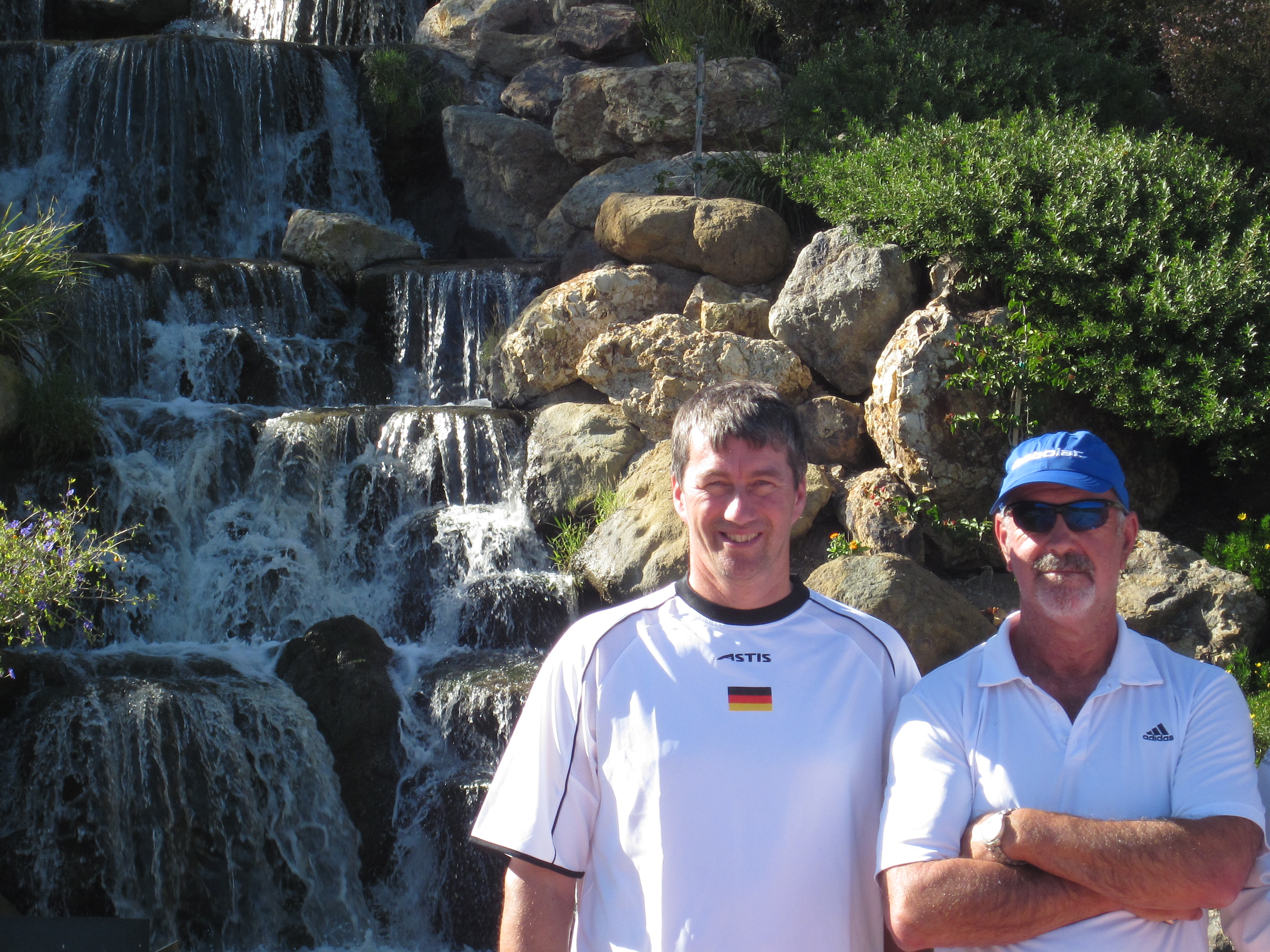 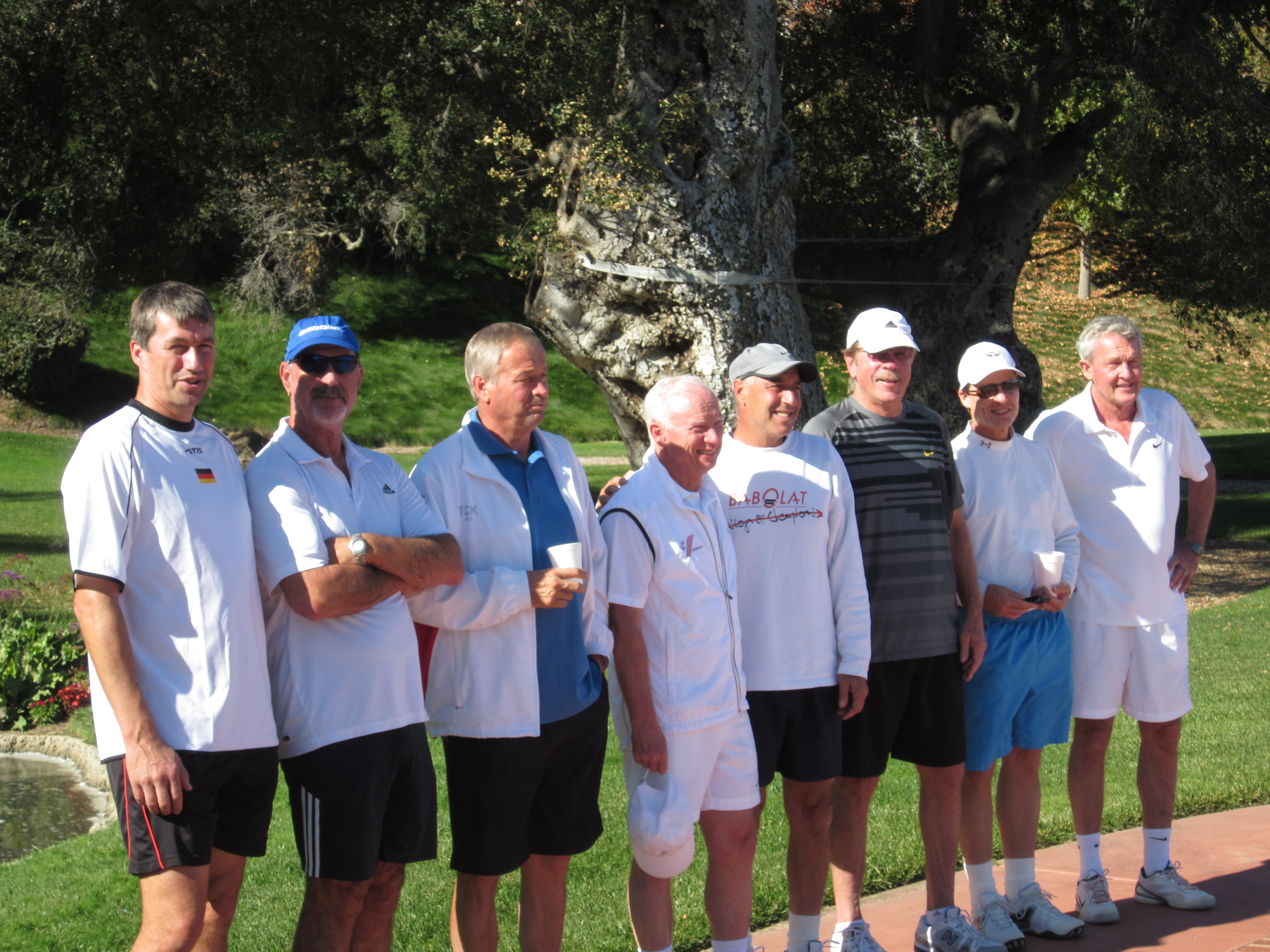 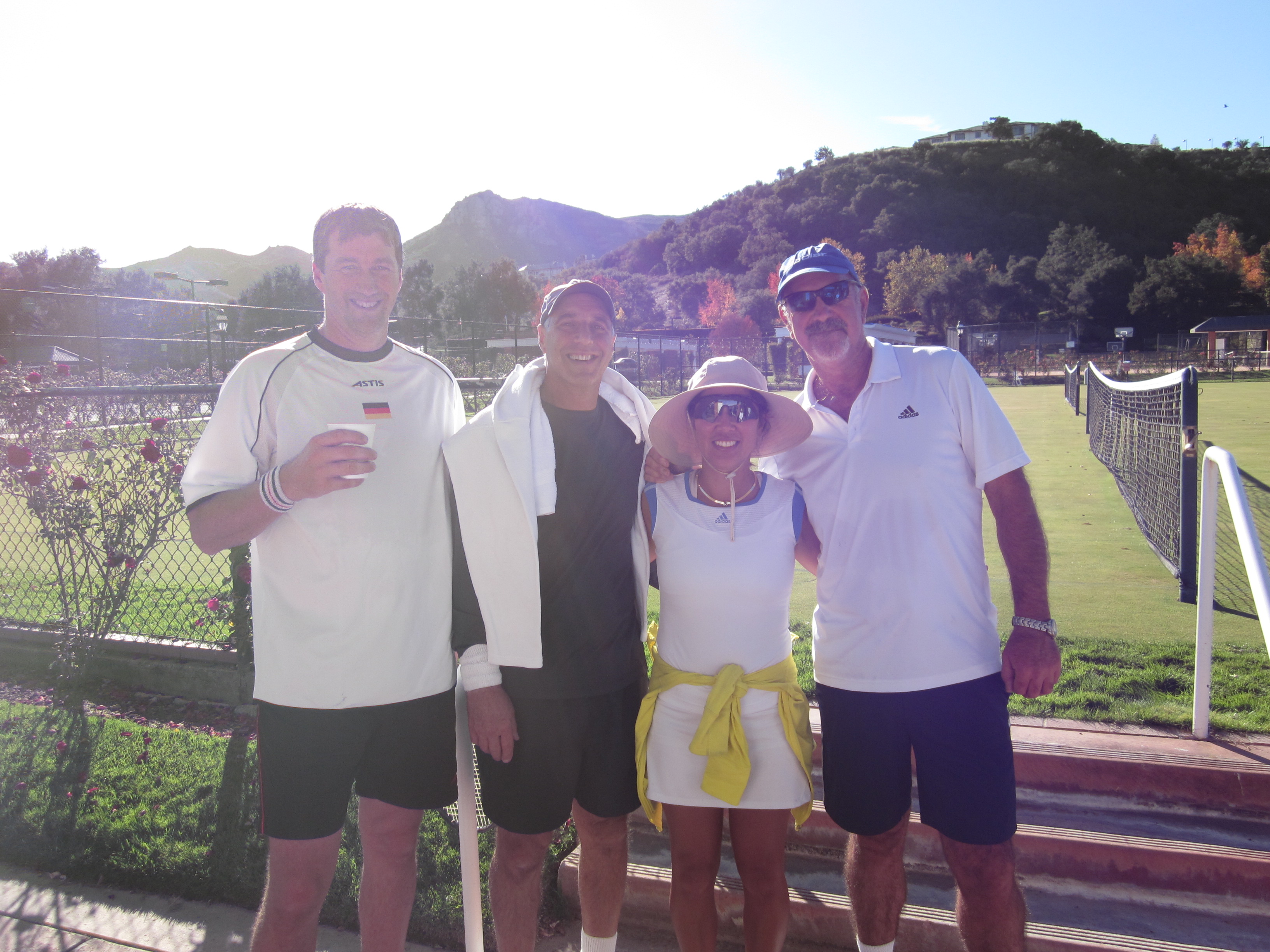